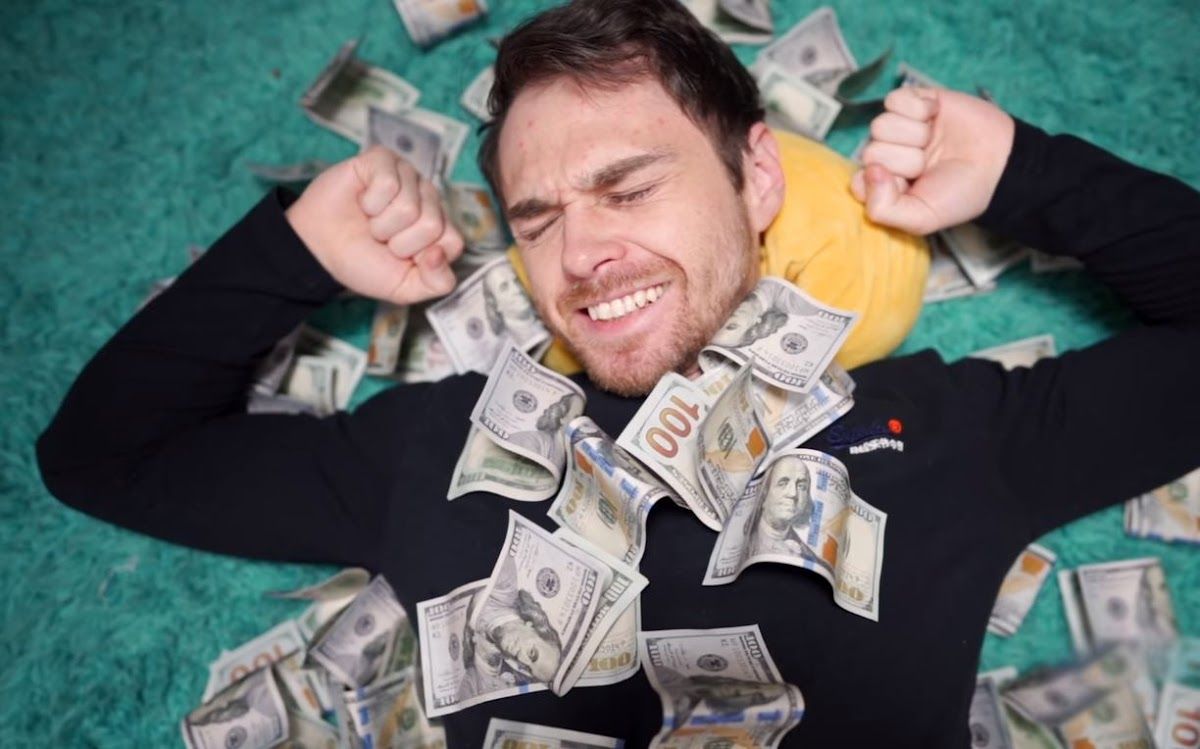 Andrei Jikh created his channel under the slogan of Magic of Finance, combining his hobby as a magician and passion for making money.

With Andrei’s channel currently standing at about 25 million views and 291K subscribers, let’s have a look at how much money we think he made in November 2019!

This is Andrei’s leading source of income, where he gets paid for video ads.

A month later, after his video went extremely popular, he uploaded a video called “How much I made from ONE video on YouTube.”

This video showed that his passive income video alone made him over $10K.

It was obvious that he passed the $20K mark for the month.

Andrei Jikh has a Robinhood stock portfolio worth about $200K, where he invests most of his money.

Andrei gets an annual dividend of about $6.8K or $570 per month on average.

His most popular video showed him earning $437 only, but that’s understandable as some stocks pay dividends quarterly instead of monthly.

In October, Andrei made $113 through Amazon audible books and $146 from course sales.

It’s estimated that these sources don’t vary that much from month to month. So it’s probably the same for November.

Again, sales probably won’t vary that much from month to month, unless he gives it a boost through a campaign.

Andrei gets two free stocks when someone signs up through his Webull or Robinhood links.

Andrei claims that he had earned $3,591 through these links. It’s normal that as his channel grows, his affiliate earnings grow as well.

As Andrei got a whopping 70K new subscribers in November vs just 19K in October, we can assume he got over $10K from affiliate links as he got triple the number of subscribers gained.

However, a better estimate is to assume his affiliate earnings grow at a similar rate to his Patreon account (about 1.5 times through November).

We can estimate that he got about $5.4K from affiliate links.

Considering the average of both months, Andrei probably made about $5,680 in November.

We can clearly see that Andrei’s channel is heading to the sky after his popular video went viral.