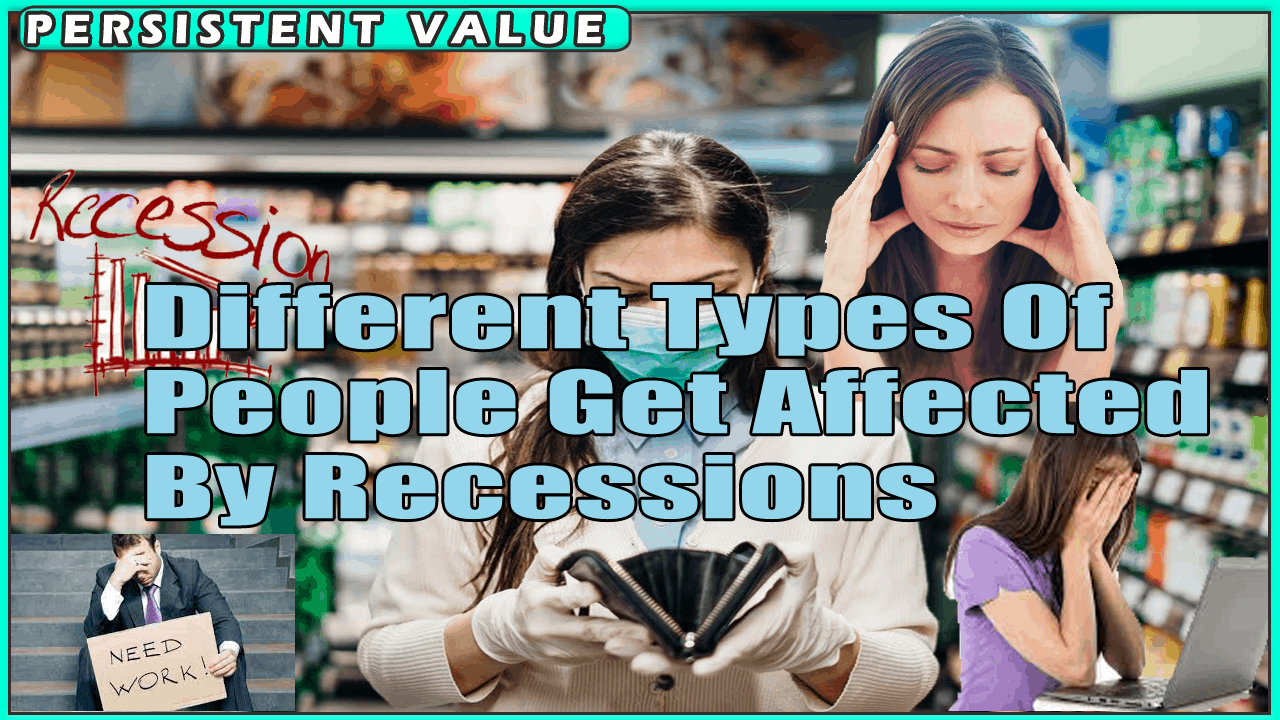 A poor person can have a high-paying job, a big house, and a couple of cars, and still, be poor because he has a lot of debt in his name and his income mainly comes from his job. And when the economy goes bad, he goes under and suddenly loses everything he owns.

On the other hand, a rich person who has income diversified can live without worrying about the state of the economy. Even if he loses his job or fails his business, he can always get money from somewhere else.

And that is why, if you want to secure your future in these troubling times – diversify your finances should be the first step. Start looking for other sources of income. Make yourself more liquid by acquiring investments or learning new skills and knowledge that will help you earn more money.

If you want to learn more on the topic, below is a written version of Max Av’s podcast with Peter Guerriera, where they talked about rich people and how diversified their finances are.

People under the economy are always going to be negatively affected by a bad economy. People over the economy, generally, we’ll be fine.

Peter: So for everyone listening and also myself, I kind of understand, but I’d like you to explain for me to know if what I’m understanding is correct.

Peter: Yeah. Maybe for the price of crypto, there’s a minor baby setback, but it doesn’t mean that people with Blockchain jobs are ever going to lose themselves.

Peter: I want to go back on your diversification point. To a lot of people, this will seem like a no-brainer that I’m going to say this. I don’t know how this is coming about, but I’ve read in multiple places now, and maybe I’m just clicking so many links about it. I’m interested in it that more diversified people and people who tend to have a little more money, apparently there’s a general rule of thumb.

When you get into the higher net worth, they hold almost 20% of their net worth in art. Now, we all know that people buy art, expensive art.

Peter: Yeah. So I was reading this multiple times from whatever news I get, The Economist, Bloomberg, and Bloomberg news, etc. So from the comments, especially on Bloomberg, they were pretty legit.

Peter: Yeah, but it wasn’t on a headline. The whole point I’m trying to make is, regardless if it’s 10 or 20%. Art investments, by the way, are almost impossible to invest in unless you have multiple hundreds of thousands of dollars.

The average return for a piece of fine art is almost double what the stock market is. And people like me and you where our networks are only in the potential six figures can’t get it.

You cannot get into that market because it doesn’t exist for you. However, when you have seven and eight figures and all of a sudden, you don’t know what to do with that million dollars you have in the bank, you invest in art.

If you buy a piece of art next year, it’s worth $1.2 million. Right? And to me, I was amazed when I saw what they were saying. I was like, all right. So now I know if I ever get rich, I want to put in a portion of my money and I just thought it was fascinating.

From the podcast, we learn that rich people are always diversified, whether it is their sources of income or their assets. In fact, for the extremely rich people, set aside 10 – 20% of their net worth in art investments and other non-traditional assets. Thus, if you want to secure your future, diversifying your finances – assets and incomes, is the most effective and future-proof method. As to how you can do it? It all boils down to how eager you are and how you can identify and take advantage of opportunities.